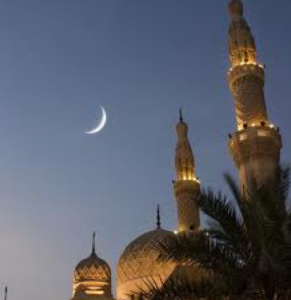 Eid shall be on Thursday August 8, 2013, the First day of Shawal, 1434 AH.  Muslims are celebrating 1434 years of the Liberty and Freedom delivered by the Quran. ARE THEY??? Do they even know what Eid is all about???

The founders of the new Islamic State in Medina celebrated liberty from the shackles of the Priests and Rabbis. But it was a lot lot more than that. The New Islamic State in Medina celebrated One Authority —The Authority of Allah, The God of The Sate who Law reigned supreme. Wealth of the State was equally shared by all citizens irrespective of gender, race, caste, color or creed. The State took care of all the needs of its citizens. Women enjoyed equal rights with men. The Priests who tried to run their parallel government in the name of God were declared Mushrikeen and were banished from the State. It marked the end of priesthood, the death of capitalism, and the death of all human authority. Mankind thrived under a Rule of Law. Jewsm Christians, Hindus, Buddhists all enjoyed total freedom to celebrate their cultural and traditional rites. Such was the Islamic State once. “

Alas today this Message of the Quran has been long lost in mistranslations and hateful interpretations of the Quran by the Clergy. 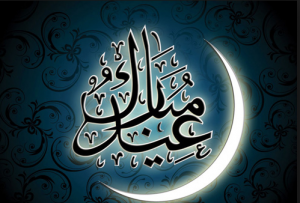 “”” EID was once recognized as  “Celebration of The Quran”.   Today it is known simply as the Islamic holiday.  On this auspicious Islamic holiday of Eid, mankind received enlightenment through the charter of human liberty , The Quran, whose revelation started in the month of Ramadan some 1450 years ago. Islam liberated mankind from the Shackles of Religion and Exploitation. A new government was established in Medina, a government that celebrated the Law of God, a government that guaranteed its citizens freedom from all their needs. The lost Paradise of the children of Adam was regained. Eid is the celebration of this liberty. The government acted as the good mother and took care of all the needs of the citizens who embraced its ideology and embraced Peace–Islam. A rule of law where every citizen enjoyed an equal share in the wealth of the state was the democracy of  Islam. Mankind harkens for such a government. “””” Asarulislam Syed, excerpt from a speech on Shalimar Radio. 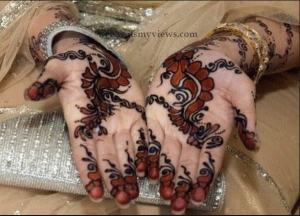 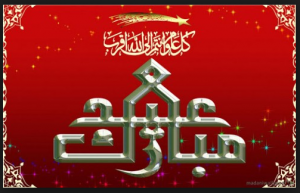 Have you ever thought how terrorism can be effectively eradicated by spreading the True Message of Quran? Asarulislam Syed, M.D, Neurologist and Psychiatrist is a US citizen, from Pakistan, a Quran scholar known as "Cannon of The Quran," who lives in California. "The only anti-dote against poisonous Islam are my Quran lectures, " he proclaims on his blog, www.QuaideAzam.com. A patriotic American, following September 11, 2001, in response to the President’s call, “This is not Islam. They have hijacked Islam,” Asarulislam conscientiously rose as a strong voice against terrorism. He delivered several speeches at various local University forums in Bakersfield, asking millions of suppressed liberal Pakistani Muslims and Christians to rise and support his mission: “Liberating the Hijacked Islam.” Beginning in 2008, Dr. Asarulislam delivered weekly, one hour enlightening sermons through Shalimar Radio, Los Angeles, every Saturday at noon on Channel 900 AM. The station shut down for want of funds in 2010. His sermons, based on reason, attracted a huge audience internationally. “The founding fathers of the United States imbibed The Message of the Quran in its truest letter and spirit,’ he proclaimed. Committed to his Mission, preaching the liberating Message of The Quran, totally different from criminal Wahhabi beliefs, Dr. Asarulislam’s Radio Broadcasts, inspired thousands of passive, suppressed liberal Pakistanis. JANNAT PAKISTAN EDUCATIONAL MISSION is a religious reformist movement lead by Dr. Asarulislam Syed, CEO. JANNAT PAKISTAN aims at eliminating bigotry, hate and prejudice in the Pakistani youth against the civilized world in general and against the United States of America in particular. JANNAT PAKISTAN’S educational program propagates the promotion and establishment of universal human ideals of equality and equal opportunity, irrespective of religion, caste color or creed. JANNAT PAKISTAN aims to promote modernization, introduce religious reforms, promote emancipation of women and bring enlightenment of the poor and underprivileged masses of Pakistan. JANNAT PAKISTAN aims to liberate Muslims from poisonous beliefs of Taliban by promoting the liberal and progressive ideals of Quran. A commentator on his blog said, "USA should air-drop CDS and DVDS of Asarulislam's Quran lectures instead. They have a far greater potential to bring cognitive change and there might have been no need for dropping bombs." Another commentator calls Asarulislam's Quran rhetoric as, "Drone Attacks that transform minds." JANNAT PAKISTAN has set up a vast network of loyal fiduciaries in Pakistan in every city. These are the weakest minority, The Quranist Muslims. "I need money to spread my educational mission, to distribute CDS, DVDS, hand bills," he says. Please visit www.JannatPakistan.org to read more about my mission.