Asarulislam Mohammed Syed, MD, is a Pakistani American neurologist and psychiatrist who lives in California.  A Quran Scholar regarded as ‘Cannon of The Quran’,  his Shalimar Radio, Los Angeles  lectures have inspired several Muslims to think and reconstruct their religious beliefs.

Born in Lahore, Pakistan, he attained his graduate medical education in Pakistan and his postgraduate medical education in the United States. His is settled with his family in Wasco, California. Having attained postgraduate education from Kansas University, he joined California’s State Civil Service and since 2001, has been serving as Chief Psychiatrist with the State of California, Department of Corrections and Rehabilitation. http://quaideazam.com/asarulislam/

He is the Chief Executive Officer of Jannat Pakistan Educational Mission. 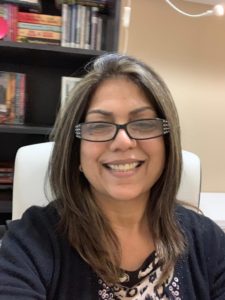 She is General Secretary & Treasurer of Jannat Pakistan Educational Mission from 9th November 2019.

Mona Dawar, Ph.D.,  is a graduate from Doon School and Miranda College Delhi, India. Her parents are of Pakistan descent. She emigrated to the United States in 1970 at the age of 19. She attained double Masters in Guidance and Counseling , and in Special Education for Emotionally Disturbed Children from the University of Wisconsin. She is a Director of Behavioral   Health for National Health Services, Bakersfield, California.

Dr Mona Dawar is a celebrated singer who has been performing for the Bakersfield based Pakistani Musical Band, Anarkali Sangeet for the past 12 years. She is very popular with Pakistani Americans and draws Pakistani and Indian families to her singing events.

She was General Secretary & Treasurer of Jannat Pakistan Educational Mission till 8th November 2019.

Mohammed Arsal Awan is a US citizen who hails from Lahore Pakistan.  A graduate from Punjab University Lahore, Arsal has a long history of political activism. He was a union leader of the Pakistan International Airlines Employees.

Arsal Awan is well known as a socialist activist and leader in Los Angeles area having been the founder and organizer of Los Angeles Cab Driver’s Labor Union. On 14th of August 2008 Arsal Awan and his friend Khalid Imran founded the SHALIMAR RADIO in Los Angeles, Channel 900 AM. This liberal Radio Station became the fountain head of the long suppressed modern and progressive Quranic ideology. The Radio condemns Sharia Laws and celebrates the unification and equality of all mankind as One Nation under the Law of God, irrespective of religion, race, nationality of origin, caste color or creed.

He is the Vice President of Jannat Pakistan Educational Mission.

Azer Shaheen B. Sc,   a US citizen of Pakistani descent is a man of letters, a scholar well versed in Urdu literature. He lives in Bakersfield California. He is a celebrated Urdu poet who has participated in International Urdu Mushairas and has won laurels for his spontaneous wit and poetry. He works as a Real Estate Agent and is indeed, highly respected as a realtor in his profession.

Azer Shaheen participates in Board meetings of Jannat Pakistan bringing in great ideas and enthusiasm.  A gentleman with liberal views, Azer Shaheen and his family grace every Pakistani social event in Bakersfield and are very popular for their hospitality.

Azer Shaheen has a background of Sound Engineering and with his voluntary services, he is indeed celebrated for his services to the Bakersfield Muslim Community. He is an asset to Jannat Pakistan Educational Mission.

Manjit Kaura, PhD,   is a Clinical Psychologist who practices in Bakersfield California. A US citizen, she hails from Punjab India.  She has years of experience as a clinical psychologist.  She lives with her family in Bakersfield California. Dr. Kaura, a former University athlete,  has represented Baroda University, India,  in Track & Field and has excelled in 200 and 400 meter events. She comes from a very respectable family of Punjabi Sikhs. Her father Mr. Channan Singh is a former retired officer of the Indian Navy. Dr. Kaura and her family are liberal Americans who firmly believe in  American ideals and values of equality and equal opportunity.

Dr. Kaura participates in Board meetings of Jannat Pakistan.

Mrs Jahangir Alam is a single mother who is raising two brilliant children.  Her family firmly believes in  American ideals and values of equality and equal opportunity.

Muhammad Khalid Imran , a graduate from Punjab University Lahore is a US citizen who lives with his family in Los Angeles, California. In August of 2008, together with his friend, Arsal Awan, the well known los Angeles socialist activist, Khalid Imran founded the SHALIMAR RADIO Los Angeles. Khalid Imran is a professional Radio Broadcaster. A talk show host on Channel 900AM, memebers of the Pakistani American community inLos Angeles, are very familiar with his sweet and passionate voice.  Khalid Imran is also incharge of the promotional, business, radio advertisements and fundraising drive for Shalimar Radio, now a subsidiary of Jannat Pakistan. As a Board Member and Director, Khalid Imran acts as an advisory in all affairs of Jannat Pakistan Educational Mission.

Umar Khatab Khattak, a veteran of the Pakistan Army Medical Corps, is a US citizen who hails from Mianwali Pakistan.  A Pushto speaking rank and file soldier of the Pakistan Army, Umar Khatab has served in 1971 under the command of GOC, Lt. General Amir Abdullah Khan Niazi. He was taken prisoner of war in 1971 following the fall of East Pakistan and has seen it all. He is an eye-witness to the military and political debacle in East Pakistan.