Anis Hanif is a Quranist Muslim and leader who is originally from Kanpur, UP, India. He is a Quran scholar who works as a Statistical Officer for the Government of India. He is based in Luckhnow, India and he is the Missionary for JANNAT INTERNATIONAL.  A graduate from the world renowned Aligarh Muslim University,   Anis Hanif is a successful businessman and a poet who is very active in his social circles. He is a man of letters, a brave father and a committed Muslim who understands clearly that the Islam being presented by the clergy today is poles apart from the great ideology of prosperity which was delivered by Prophet Muhammad, SAAAWS. 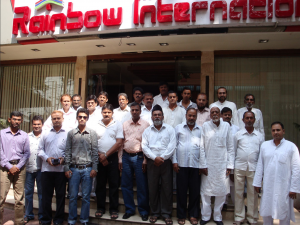